EHL All - Star Goalie joining Jumbos in the Fall.

The 2000-born native of Newport, RI came to the Eastern Hockey League (EHL) for just a single season, and in 24 total starts for the Seahawks, Durand compiled a record of 10-10-2. The six-foot netminder also owned a solid 2.41 GAA, and his .930 save percentage ranked as the 4th best in the league.

"Peyton was a pleasure to coach this past season, and was without a doubt, the best goalie we've ever had a Seahawks uniform," said Seahawks head coach and general manager Bill Zaniboni. "He's a fantastic person and player, and we are excited to watch his college career play out at Tufts."

Durand is one of two EHL players heading off to Tufts this fall, as he will be joined by Sami Hakkarainen of the New Hampshire Avalanche when he arrives on campus.

The Jumbos have committed at least one player from the EHL in six of the first seven seasons, and with the additions of Durand and Hakkarainen, the grand total hits 13 since the league was formed back in 2013.

"I am thankful for what this year has done for me," said Durand. "Playing for Coach Zaniboni on the Cape was a great experience and it opened up a lot of opportunities for me. I am so excited to be a part of Tufts Hockey program and to be challenged academically and athletically at such a prestigious institution. I cannot wait to move in to campus in the fall and get to work. I know everything I went through and learned this year will help me as I return to college hockey."

Despite playing in the EHL for just a single season, Durand made his presence felt in a big way during the 2020-21 campaign, capping things off by being named to the 1st Team for the Central Division. 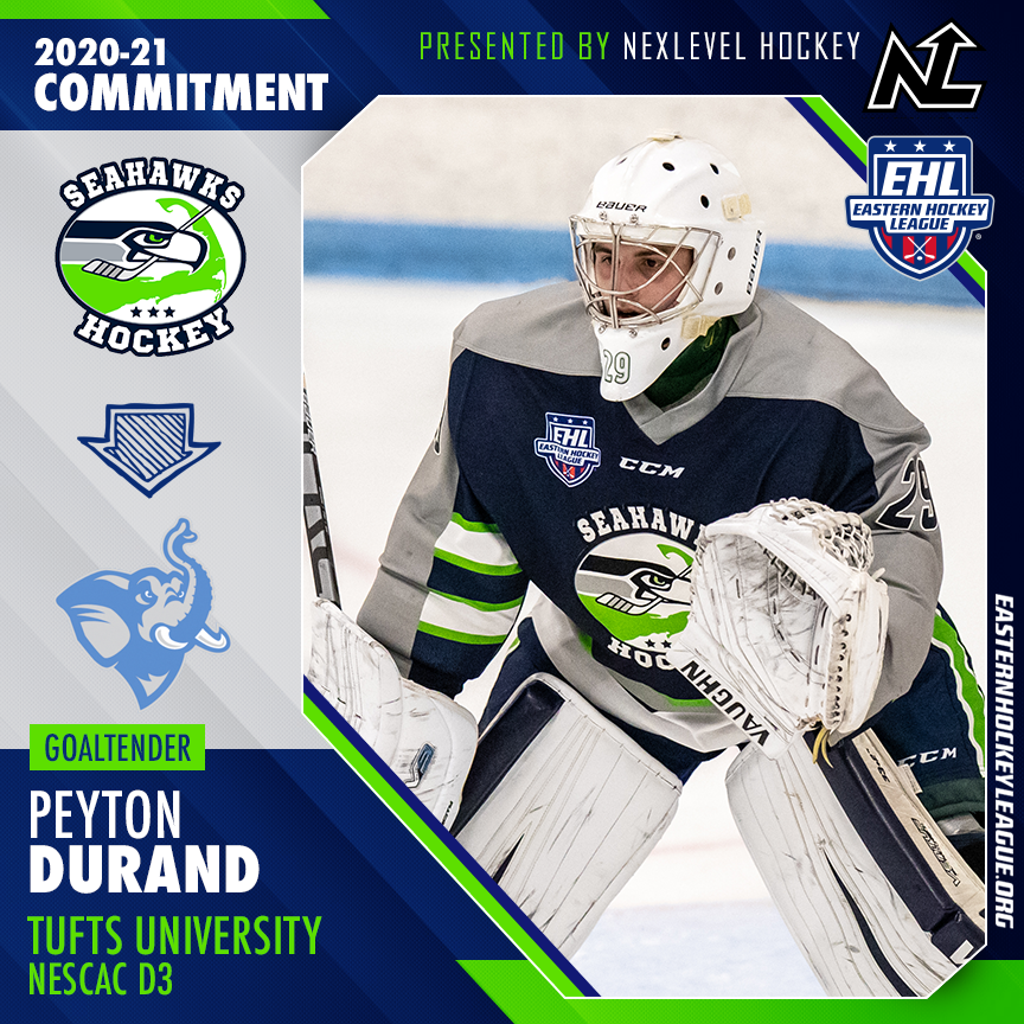