SOUTH DENNIS, MA -- Jack Macdonald, a forward for the Seahawks Hockey Club, has committed to Saint Michael's College for the fall of 2021.

The 2000-born native of Baraboo, WI spent three seasons with the Seahawks, capping off his junior hockey career by serving as the team's captain this past year. Overall, in 136 career games in the Eastern Hockey League (EHL), Macdonald scored 32 goals and collected 40 assists.

"Jack is leaving behind a big hole in the community when he departs, as he was the leader for our program, both on the ice and off," said Seahawks head coach and general manager Bill Zaniboni. "Almost all the youth players know him; Jack always made time for everyone and is a dedicated, accountable young man that gained a lot of respect on Cape Cod. We are excited that he was a part of the Seahawks Hockey Club."

Macdonald now sets off for the Northeast-10 Conference (NE10), where he will be joined by David Ciancio, a defenseman for the Seahawks this past season, who chose the Purple Knights back in early April. Macdonald and Ciancio make up half of the four-player incoming class from the EHL, as they will be joined by Gabriel Jodoin and Jack Bavis when they arrive on campus this fall.

"I am very excited for the opportunity to accomplish a goal I've been working towards for a long time," said Macdonald. "I am thankful for the work Coach Zaniboni has done for me and my development as a hockey player and as a person. I am blessed to always have the support from my family along the way."

As Zaniboni mentioned above, Macdonald is leaving behind a large void to fill, as he ranks as the games played leader in program history. Macdonald's impact made him an easy choice for one of the forward spots on the Seahawks All-Time Lineup that was constructed back in the spring. 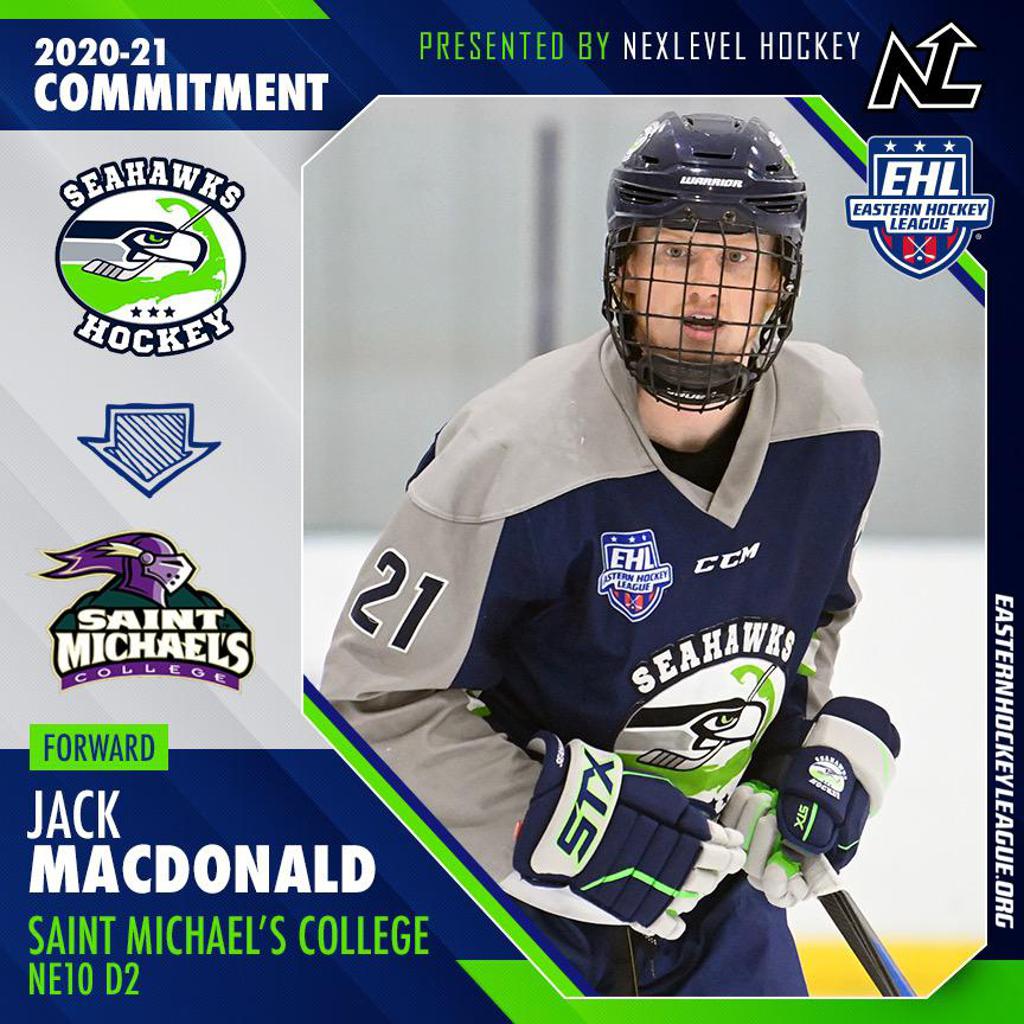